Wow! London is so inviting when the sun shines and it’s warm out. I went out for a walk to take advantage of this rarity, in a city, which is typically grey and wet. And on the walk, I made the decision to create this blog to share my experiences, discoveries and photographs of my travels and to have a place to compile recipes, which I find in my search and passion for new foods and challenges. 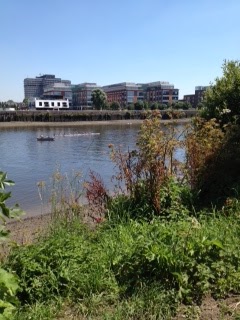 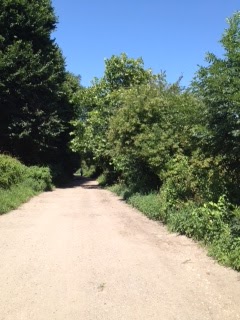 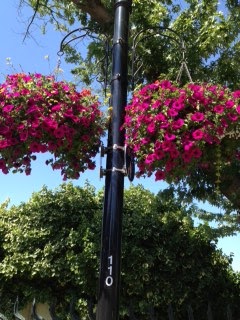 Gorgeous sunshine during my walk today.

I am half-Spanish, half-American and grew up in the south of Spain. I’ve travelled around the world since the prime age of 3 months…and hope to never stop discovering new places and revisiting old ones!
Now, I live in London with my husband, and we moved here about 6 months ago. Adjusting to the weather has been a challenge, although we were relocated from Germany, which does not necessarily have 360 days under the sun, as Spain proclaims. But London has a lot to offer otherwise and it’s an amazing place to explore.
Yet, every once in a while, there is a need to get away and soak up some Vitamin D au naturel, in Spain for example.

During my recent visit to Sevilla, not only did I procure a healthy tan, but also enjoyed a number of my favourite dishes. One of them is a typical dish from Valencia, called Fideua, which my aunt made for me.
Valencia is the region of Spain, south of Catalonia, on the Mediterranean coast. It’s famous for producing Valencia oranges, Marcona almonds, rice, and has an extensive repertoire of seafood dishes; one of the most famous is the paella.
The Fideua is similar to the paella, but is made with noodles instead of rice.


Fish broth: in a pot, bring to boil and simmer, the following ingredients: 2-2.5 litres of water, one whole fish (scaled and clean), one large onion, 2 carrots (cut into large pieces), and 2 celery sticks. Cook for about 30 minutes, and leave to rest for about 20 minutes, so the flavours integrate.
Process
In a large skillet or paella pan (for 6 persons), heat the olive oil, enough to cover about half of the bottom of the pan. Once the olive oil is warm, add a few pinches of sea salt and stir. Add the shrimp and saute, enough for the shrimp to turn pink. Remove the shrimp from the pan.
In the same oil, saute the monkfish and remove from pan. Again in the same oil, saute the calamar/sepia. Add the pimenton to the calamar, frying just a bit and moving both the calamar and pimenton together. Do not over-fry the pimenton, or it will turn sour. Add the tomato sauce and stir well. Then add a few spoonfuls of the majada and 1/2 cup of white wine. Cook for 1-2 minutes.
Add the fideua noodles, stir and cook about 1 minute. Add the fish broth (generally 1.5 times of broth per unit of noodles). The broth should be thin and clear, for a better fideua. Cook 5-7 minutes.
Place the monkfish and shrimp on top of the noodles and cook an additional 4 minutes, or until the pasta is “al dente”. Let stand 5 minutes before serving.

And to really bring out the flavours of the seafood in this dish, we generally pair it with a chilled Albariño, the Spanish white wine from Galicia, in northeastern Spain. Buen provecho!

Note: In the version pictured, as I didn’t have monkfish or calamar at home, I used a small whiting and clams instead. I used the fish head and the clams to make the broth, removing the clams as they opened, to not overcook. I sauteed the whiting, in large chunks, just as the recipes says to do with the monkfish. Then added the fish, with the clams, at the same time as the shrimp.
As you can see, you can substitute a variety of seafood, depending on your taste and what you may have available in your kitchen. I tend to do that a lot, so I don’t have to go out shopping at the last minute. 😉